The job description on Reto’s business card reads “Music Production Specialist”, because listing producer, mixer, engineer, composer, teacher, studio musician and voting member of the Recording Academy wouldn’t fit. Labels aside, Reto’s true specialty is being well versed in the complexities of music production, a discipline he suffered into existence through working with everyone from rock bands in Europe to Hip Hop artists in Oakland.

In 2004, he was awarded the TEC Award for technical excellence in recording Green Day’s American Idiot and has had the opportunity to work on many chart topping and award winning records.

He continues to strive for making his current project his best …

Want to hear Reto blabber about his career? Check out these podcasts: 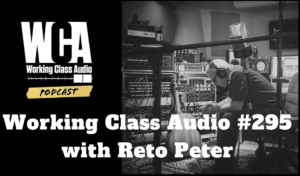